Exeter Chiefs’ director of rugby Rob Baxter was in buoyant spirits after his side’s defeat of Toulouse yesterday, thereby securing a place in the final of the Champions Cup to be played against Racing 92 at Sandy Park on 17 October.

“It is incredible isn’t it?” he said. “The [journey] is part of what we are about as a club. It has always been about having things to aim and go for,” he said.

“The important thing is to not go away, it is a little bit like this club’s history. We dropped down to the fourth division and got promoted and spent ages in the Championship trying to get out of there.

“We slowly built this place and we got there and we haven’t gone away. These decisions to keep going and not go away are the most important.”

This will be the first time that Chiefs compete in the Champions Cup final.

“I am not going to say it is a dream come though because it is the reality and the reality has been a lot of hard work from good people. It does feel like a fantastic achievement.”

In the first 20 minutes Toulouse edged 6-0 ahead but Baxter said it was part of the plan to work the opposition hard. “We were six points down, but all the movement and hard work we wanted Toulouse to have to do, had happened in that first 20 minutes,

"It's having an 80-minute game plan and having a confidence in it and the lads buying into it, that ultimately saw us through today.

"Big games of rugby, they are like boxing matches. At some stages, the guy who can't get his hands up any more can get knocked out. And we created enough of those moments today.”

Exeter out-muscled their French opponents at Sandy Park, the men up front giving good account of themselves and setting up a platform from which their backs could perform.

“We said to the forwards during the week you are going to have to scrummage every scrum because you want to fatigue them at set piece and if we get a maul set you want to work it and work and work it to fatigue them,” Baxter continued. “What is the best way to fatigue a big guy? You get them on the floor and you make them get up. That is what we did really well.”

“Our bigger forwards made chop tackles and blocked guys to the floor and didn’t wrestle with them which is typical of French forwards coming around the corner they like a wrestle, a hand off and a bit of an off load, that is how they try to develop their game and that is what I thought we did really well.”

The final of the competition is set to be played at Ashton Gate and Baxter seems quietly optimistic. 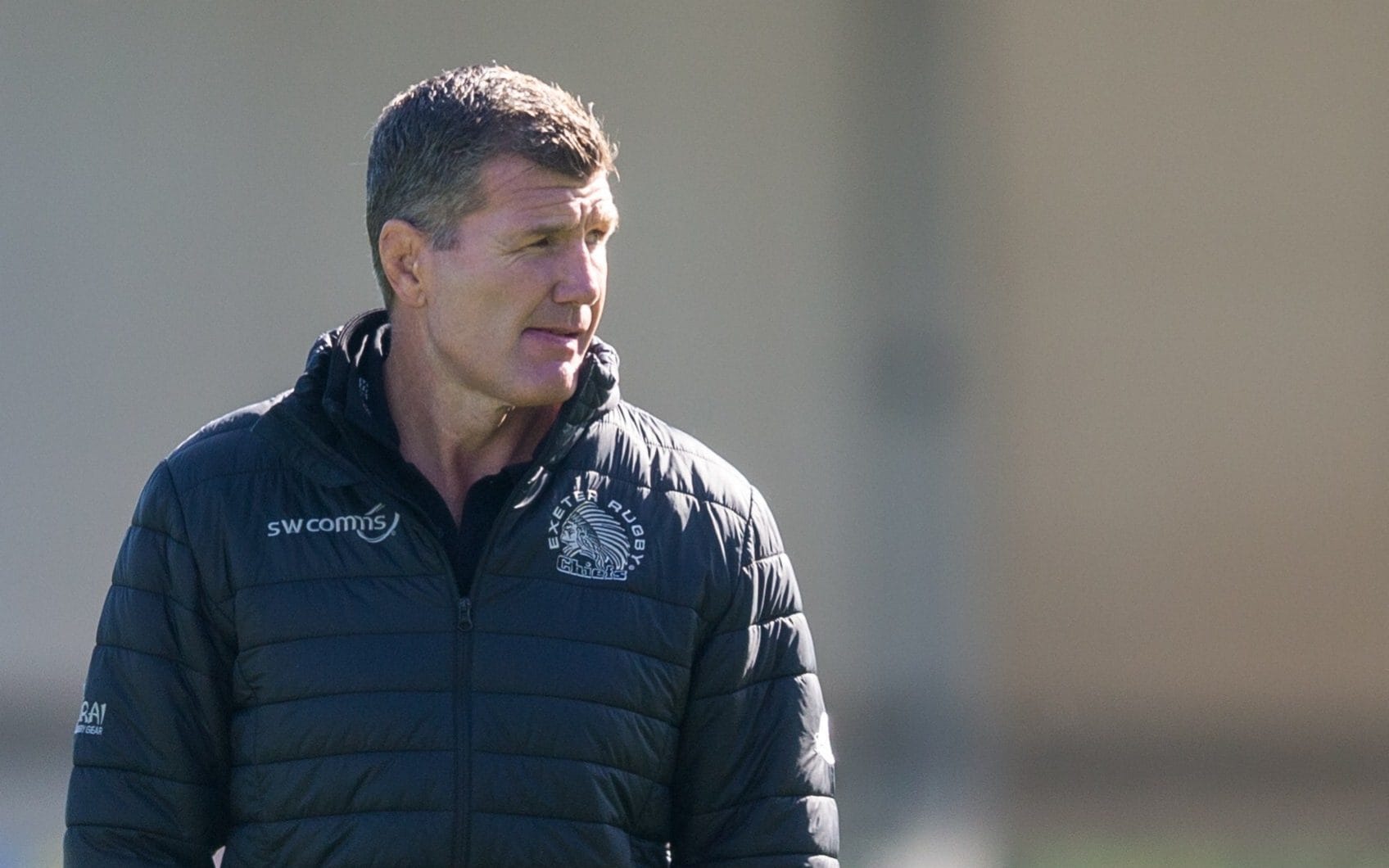 “That is how it works, we came out of the pools as the top seed, so the game should be up the road for us if it is not dedicated to stadium for the final. In any other competition that is how it should be. If Racing were a higher seed, it would be in France and that is the reality. We got that because of the work the players have done.”