Autumn Nations Team of the Week

The final weekend of test rugby in 2021 has come and gone.

A thrilling weekend of action kicked off with an entertaining clash at Murrayfield, with Scotland beating Japan 29-20. At the same time, Italy battled to a 17-10 victory over Uruguay.
Georgia and Fiji played out a 15 all draw while England edged the Springboks 27-26 in a stunning clash at Twickenham.
Wales also claimed a single point victory thanks to the boot of Rhys Priestland as they beat Australia 29-28 while France beat the All Blacks for the first time in 12 years, claiming a 40-25 victory in Paris.
Finally, Ireland made it three from three in November with a comprehensive 53-7 win over Argentina.
Here is our team of the week.
1. Steven Kitshoff  - South Africa 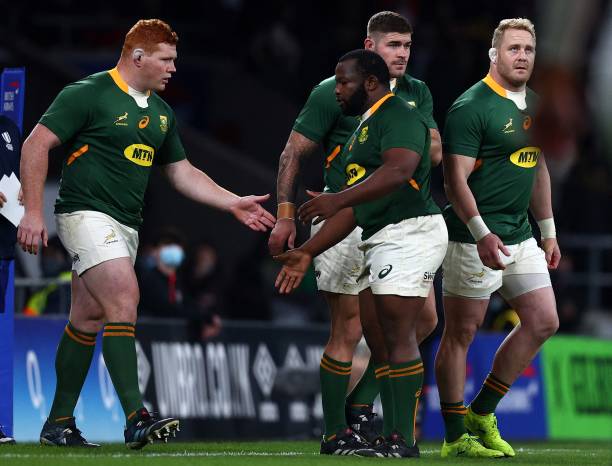 A member of the famous Springbok bomb squad, Steven Kitshoff, shone off the bench for the Springboks as they gained the upper hand against England upfront in the second half. He scrummaged wonderfully at Twickenham while carrying and tackling with immense physicality. France's Cyril Baille was also outstanding in Paris, while Cian Healy shone off the bench for Ireland.
2. Peato Mauvaka - France 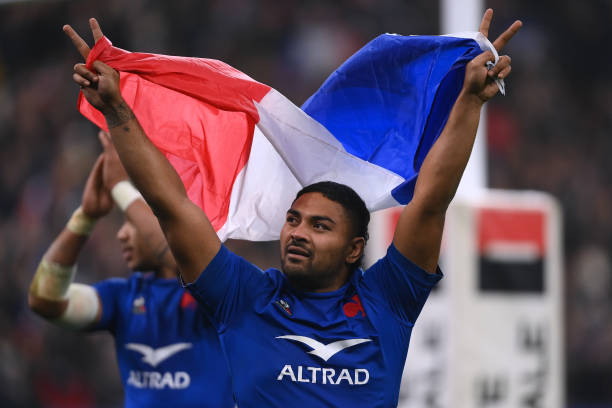 Malcolm Marx and Ronan Kelleher made big claims for a place in the side with their efforts against England and Argentina, respectively, but it wasn't easy to look past the man of the match against New Zealand. Mauvaka grabbed two tries against the All Blacks, taking his tally to five in his last three games. He was physical and abrasive with the ball in hand and was equally effective with ball in hand. His set-pieces were sharp too.
3. Tadhg Furlong - Ireland 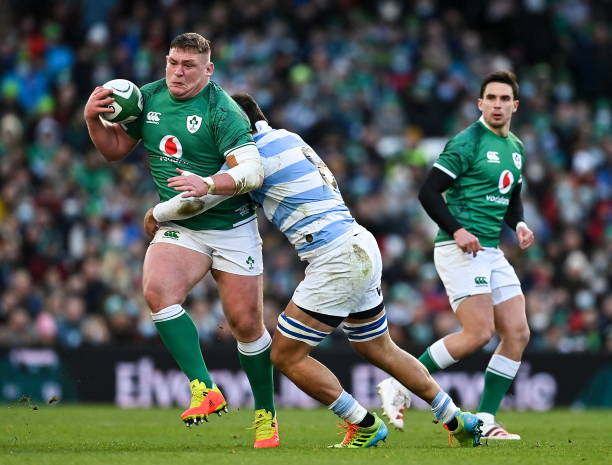 In Ireland's impressive victory over Argentina, Furlong was excellent in all facets of the game, making abrasive and energetic caries into the Pumas defence.
Australia's Taniela Tupou also had a fine outing this weekend, as did France's Uini Atonio.
4. Eben Etzebeth - South Africa 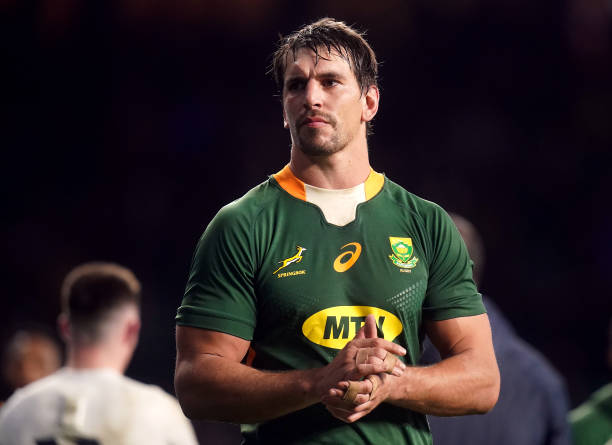 Etzebeth was incredible in defeat against England on Saturday. He contested the high balls well for the Springboks while carried with tremendous vigour and tackled with the same intent. He did his utmost to get the Springboks a victory at Twickenham, and it's still mind-blowing that he was not in the running for the World Player of the Year Award.
England's Maro Itoje was also in the running after a pleasing shift in the same game as Etzebeth, while Tadhg Beirne was busy against Argentina.
5. Cameron Woki - France 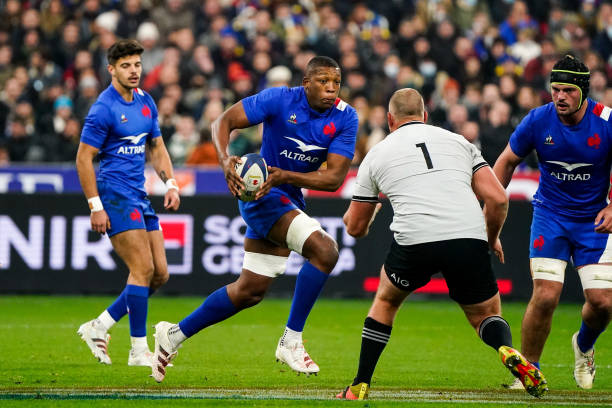 The back-rower-come second-rower for France was incredible against the All Blacks in Paris. He successfully filled the void that Charles Ollivon had left at lineout time while he was defensively strongly.
He made incredible metres with just about every carry he had and produced a genuinely brilliant all-action performance.
With Australia down a man for most of the test against Wales, Izack Rodda stepped up for the Wallabies. His work rate was off the charts as he made up for the man Australia were missing, while his added work rate did not impact his physicality in the slightest.
Uruguay's Manuel Leindekar deserves mention for a strong game against Italy, as does Ryan Baird, who starred off the bench for Ireland.
6. Courtney Lawes - England 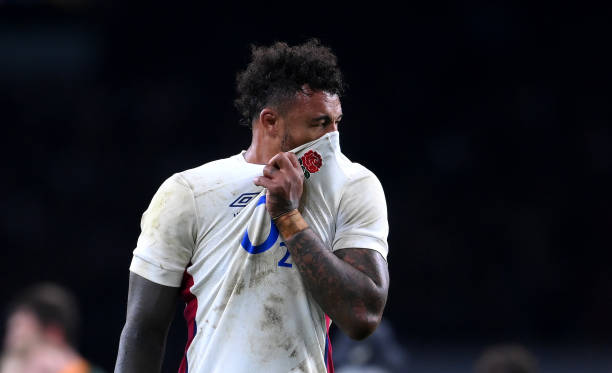 On Saturday, the stand-in England captain took the fight to the Springbok pack with a cliche performance of 'leading from the front'.
His carries were outstanding, as too were his tackles as he drove Green and Gold jerseys backwards.
France's Francois Cros and Dylan Cretin were excellent in their cameos against New Zealand, while Peter O'Mahony produced a standout shift against Argentina.
7. Taine Basham - Wales 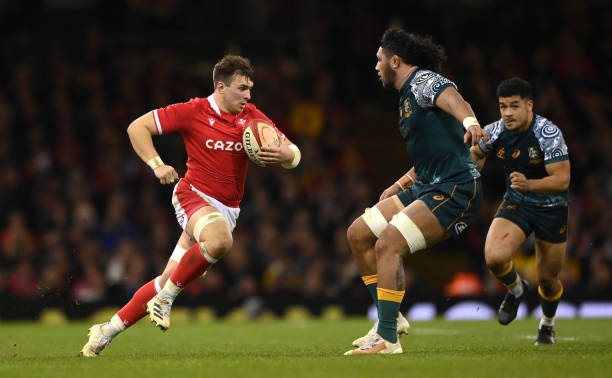 It was a close call between France's Anthony Jelonch and Wales' Taine Basham, with the latter just edging the former.
Basham continued his excellent form for Wales as he topped the tackle count at the Principality (16). He was a real threat over the ball and made good metres with the ball in hand.
8. Gregory Alldritt - France 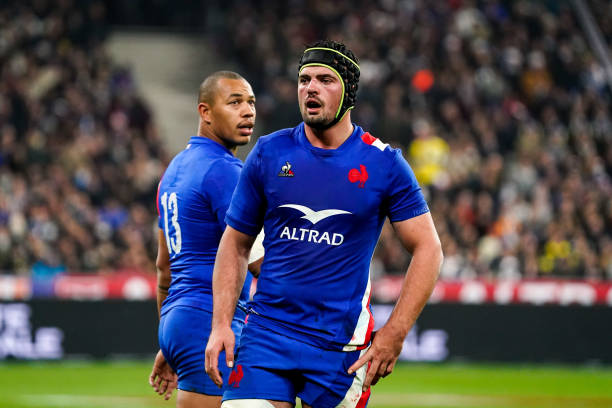 Caelan Doris added to his mammoth performance against New Zealand last week with another standout outing against Argentina, but even that was not enough to knock Alldritt out of our team of the week.
The French were brilliant in every single facet of the game as he shunted the All Blacks backwards on defence and attack.
9. Antoine Dupont - France 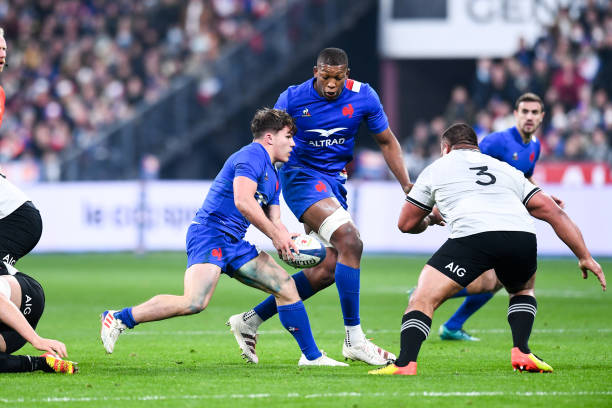 Dupont was at his best against the All Blacks on Saturday. Captaining his side to their first victory over the All Blacks in 14 attempts. He zipped around the pitch, marshalling his troops well and combined his wonderful passing and kicking game with some great hits and reads on defence. 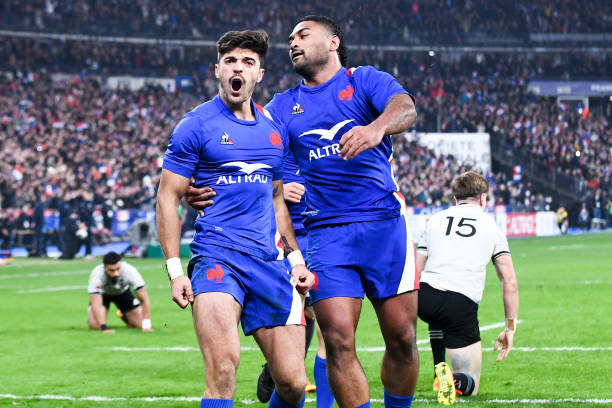 Joey Carbery made a late claim for a place in the side in the weekend's final game. At the same time, Paolo Garbisi steered an otherwise average Italian performance to a win over Uruguay. Still, the utter brilliance of Romain Ntamack sees him take the #10 jersey.
He rounded Richie Mo'unga superbly to score a try in the famous night in Paris, while his calmness and sheer bravery to run from deep inside his tryline will be remembered for years to come. He runs France's attack wonderfully, adding some great kicks into a near-complete performance.
11. Filipo Daugunu - Australia 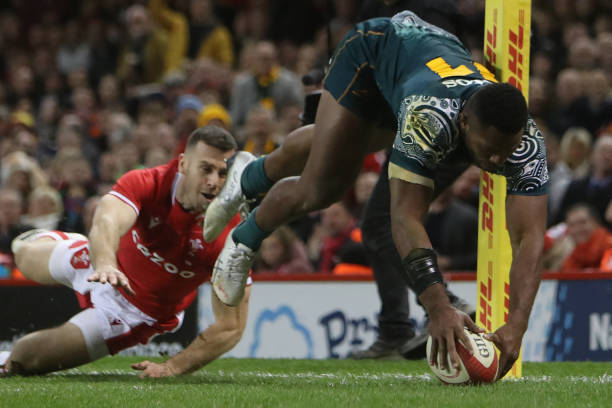 Joe Marchant was excellent for England and well in the running for a place in our team but played most of the game against the Boks in the centres.
Meanwhile, France's Gabin Villiere was excellent too. However, a place on the left wing in our team of the week goes to Australia's Filipo Daugunu.
The speedster defended well while Australia played most of the game a man down while he expertly finished his try in the corner.
12. Damian de Allende - South Africa 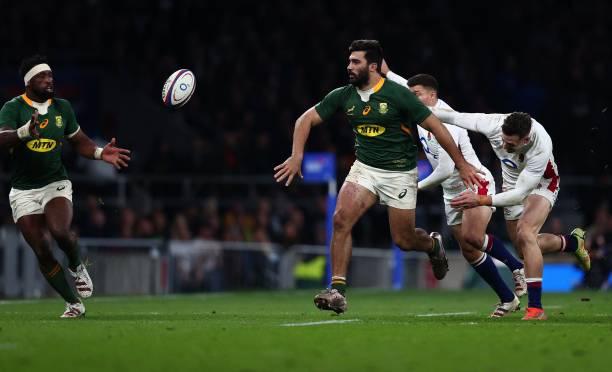 Another Springbok who had an outstanding game against England. De Allende was at the heart of everything the South African's did well at Twickenham and produced opportunities for his outside backs that they couldn't properly capitalise on.
His defence was excellent, and he was a significant threat over the ball. He edged Henry Slade to a place in the side after the Englishman shifted into the inside centre channel after the injury to Manu Tuilagi.
Elsewhere, Jonathan Danty was another Frenchman who had an outstanding game Nicolas Freitas was excellent for Uruguay.
13. Chris Harris - Scotland 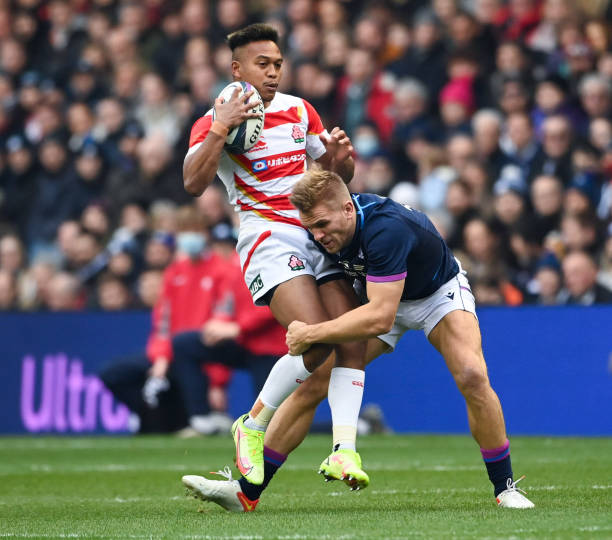 Did just enough against Japan to beat Gael Fickou to a place in the side. He cut off just about every opportunity the Japanese had on the attack, landing some thumping hits while he was a real threat with the ball in hand. Named man of the match in a powerful performance.
14. Max Malins - England 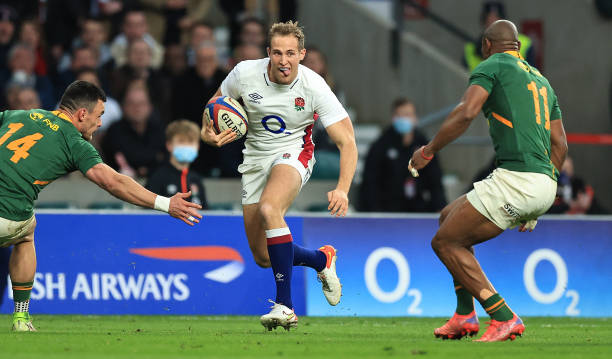 No shortage of right-wingers to pick from this weekend.
Italy's Pierre Bruno grabbed a try on test debut against Uruguay in an impressive performance.
Damian Penaud scored two tries in France's historic win over the All Blacks only misses out due to some of the errors and suspect defence that let the All Blacks back into the game after halftime.
Max Malins cracks the nod after a brilliant shift against the Springboks.
Coming on early in the match after an injury to Manu Tuilagi, Malins starred for England particularly on defence. He saved Eddie Jones' side on more than two occasions with key interventions.
He made good inroads into the Springbok defence and produced some lovely touches with his passing and offloading game.
15. Freddie Steward - England 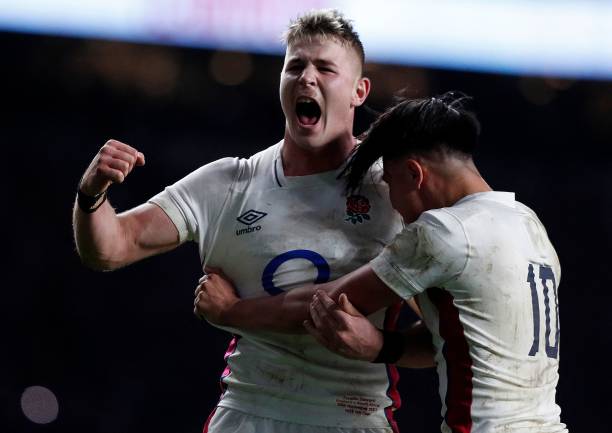 So many options at fullback with Stuart Hogg shining against Japan, Melvyn Jaminet scoring 20 points in France's victory over New Zealand, and that's before you look at the performances of Kurtley Beale and Liam Williams at the Principality.
However, Steward was just too good to ignore. He was incredible under the high ball and safely defusing the Springbok high balls, and made more metres than any other player in the game.