3 changes for Blues ahead of final round

Head Coach Leon Mac Donald has made three changes to his Blues side which despatched the Reds 31-24 in Round 4.


This week, the Blues are settled back at Eden Park while they awiat the challenge of the travelling Force.

While the backline remains untampered with, significant changes to the front-row sees Alex Hodgman start at loosehead in place of Karl Tu’inukuafe while Nepo Laulala comes in for the injured Ofa Tuungafasi on the tighthead side.

Hoskins Sotutu comes into the starting XV in place of Akira Ioane while the rest of the pack remains the same.

All five New Zealand #SuperRugbyTT sides have a chance of making the final, here is what each side needs in order to do so 👇 https://t.co/WsPgJjaESs

“We have approached this competition by never getting ahead of ourselves. We have focussed on doing the basics well, playing at the right end of the field and defending with equal parts of aggression, pride and accuracy,” MacDonald said.

“When we have front-foot ball in the right parts of the field, then that has given our ball-runners options and opportunity.

“We know we are in unchartered waters for this group of men, but we will be stressing that we keep on doing what has been working for us. Keep it simple, be smart, work hard and believe in each other. Do that and good things should happen.

“We will hope to have a big band of Blues fans on hand at Eden Park to help us Bring it Blue.” 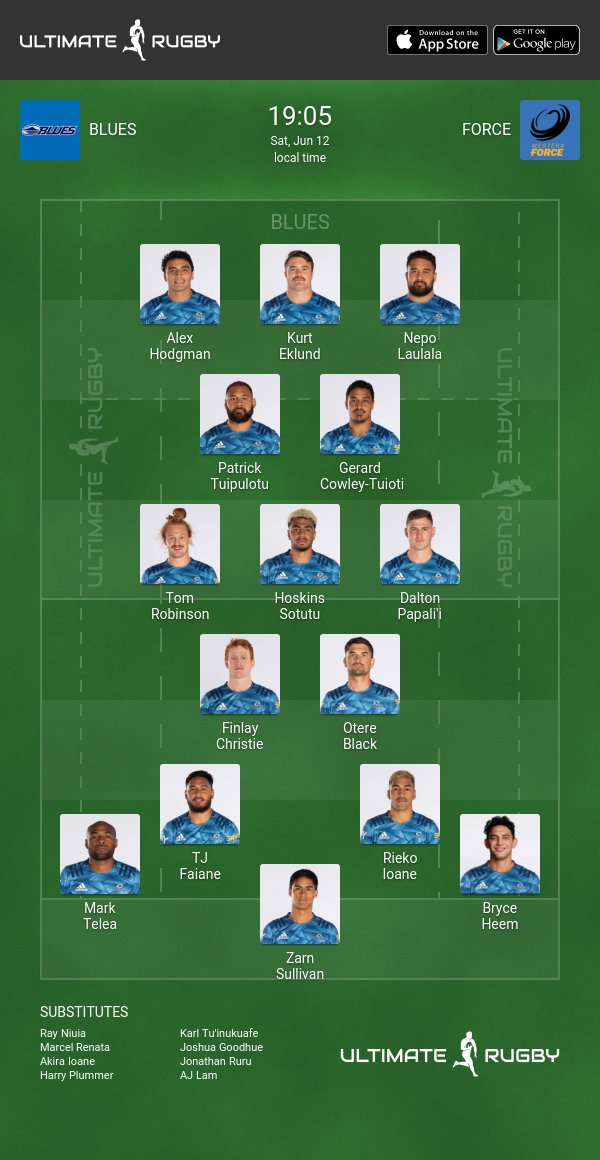