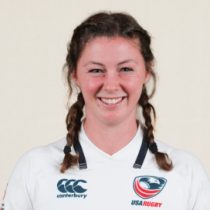 Bizer played many sports in high school including football, lacrosse track & field pole vaulting and soccer. As a high school footbal kicker, she was once the first female to score points for her team. Bizer was introduced to rugby in high school by football and lacrosse teammates who were constantly encouraging her to attend a practice with them. After months of saying no, Bizer reluctantly agreed and fell in love with the sport.

An incredibly well-rounded athlete, Bizer earned a football scholarship to the University of St Mary's as a kicker, where she also played soccer through her freshman and sophomore years before moving to Penn State. Excelling in every sport she played set Bizer up to earn High School and Collegiate All-American honors in rugby, as well as a selection to the USA Under-20s for the World Rugby U20 Nations Cup in 2011.

In November of 2012, Bizer earned her first cap with the U.S. Women's National Team 15s against France. A year later she debuted in the HSBC World Rugby Sevens Series at Guangzhou Sevens 2013, continuing to play both fifteens and sevens from which she earned a selection to Rugby World Cup 2014 in 15s.

Bizer was the youngest player on the 2014 World Cup team. She has a Bachelor's Degree in Psychology.

She heads into the Women's Super Rugby Series with 17 test caps and has featured in five World Seven Series events.