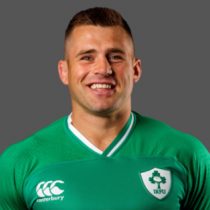 Born in South Africa, where his family owns a farm, CJ Stander went to Hoër Landbouskool Oakdale where he was a champion discus thrower.

Before heading to secondary school, Stander played primary school rugby as a fly-half. At Oakdale, Stander earned youth representative colours with SWD Eagles for three consecutive years, representing the Eagles in 2006, as he played for them at the Under-16 Grant Khomo Week held in Wellington. He started all three of their matches at the tournament, helping them to two victories and a draw.

Despite still being in the Under-17 age group in 2006, Stander was named captain of the SWD team for the Under-18 Craven Week, held in Stellenbosch. He finished the competition as the top scorer dotting down 6 times in three games.

Stander was again named captain of SWD for the 2008 Craven Week and led the side to glory as they were crowned the unofficial champions for the first time since 2001. At the conclusion of the tournament, Stander was named in the South Africa Schools squad.

After high school, Stander moved to Pretoria to join the academy of Currie Cup side the Blue Bulls for the 2009 season onwards. Before he experienced any game-time in a Blue Bulls jersey, however, he was named in the South Africa Under-20 team to compete at the 2010 IRB Junior World Championship in Japan.

Stander made his first class debut in 2010 in the Bulls 50–7 victory over the Falcons in Kempton Park. However, that turned out to be his only involvement in the competition, as he once again linked up with the South Africa Under-20 team, being named as captain for the team due to compete in the 2010 IRB Junior World Championship.

After the competition he was catapulted into the Bulls senior squad for the 2010 Currie Cup Premier Division and made his Currie Cup debut on 9 July 2010 – aged 20 years, 95 days – coming on as a replacement in their 38–15 victory over the Pumas.

Stander played another Currie Cup season for the Bulls before being drafted into the Super Rugby squad in 2012. He made his Super Rugby debut on 24 February 2012 in an 18–13 victory in their opening match of the season against the Sharks. His form for the Bulls saw him earn a call-up to train with the South African national team as they prepared for the 2012 Rugby Championship, but did not make the final squad.

In June 2012, Stander signed a deal to join Irish province Munster on a two-year contract at the end of the 2012 Currie Cup Premier Division season. He later revealed that one of the reasons for his move was that he was considered to be too small to be a South Africa international. and signed with the Province as a Project player. This meant that Stander would be eligible to play for Ireland under World Rugby residency laws if he stayed with Munster for three years.

Stander made his debut for Munster on 25 November 2012, coming on as a replacement in the Pro12 fixture against Scarlets. He scored two tries on his first start against Glasgow Warriors at Thomond Park in December 2012 and repeated the feat at the start of the 2013/14 season with a double against Zebre in Italy.

He was named captain of Munster for the 2015/16 campaign. Munster's campaign in the 2015/16 was filled with disappointment but Stander was still a stand out performer for the men in red. Having qualified for Ireland, Stander was awarded with a first Ireland call up in 2016, as Joe Schmidt named him in his 6 Nations squad.

He became the first Irish player to be named man of the match on his Six Nations debut in the draw against Wales in Dublin in round 1, 2016. He started all 5 games in the No. 6 shirt scoring tries in the last two rounds, v Italy & Scotland.

CJ was part of Ireland's Summer Tour to South Africa, 2016, when on his first game for his adopted country on South African soil led to him being red-carded for a block down challenge on former SA U-20 teammate Pat Lambie, his first red card of his career. His second Ireland appearance overseas was a much different story as he put in a leading role, making 14 tackles and scoring a try in Ireland's victory over the All Blacks in Chicago.

The South African-born Ireland Internation is tough as nails and has an uncanny ability to break tackles, stay on his feet and make hard yards. On 29 November 2016, Stander was named the Guinness Rugby Writers of Ireland Player of the Year at an event in Dublin.

Stander played a pivotal role in the Irish back-row over the 6 Nations 2017 championship, scoring a memorable hat trick vs Italy. His international career got even better, after making it into the 41 man British and Irish Lions squad to tour New Zealand, appearing in the final Test against All Blacks.

As of June 2020, Stander has 141 appearances for Munster scoring 40 tries. He also has 41 test caps - including one with the British & Irish Lions - and has started 38 of his test caps scoring 10 tries.