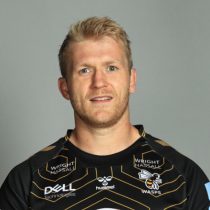 Morris linked up with Leeds Carnegie whilst at QEGS Wakefield, where he featured for the school side in competitions such as the Rosslyn Park 7s and the Daily Mail Cup.

An experienced forward, Ben represented England Counties at U20 level, and was also involved in the 2013 Premiership 7s for the Falcons.

The back rower committed himself to Nottingham back in April 2015, joining from Premiership side Newcastle Falcons.

He spent the 2014/15 season on a dual registration contract with Rotherham Titans.

In May 2018, Morris joined Wasps, where he made 19 appearances in his first season.

In June 2021, he signed a new deal with the club with almost a half century of appearances.