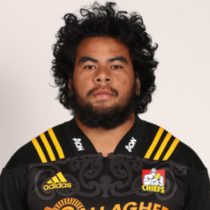 Sosefo is former representative of the New Zealand u/20 team.

He made his Mitre 10 Cup debut for Waikato in 2016, following an impressive campaign with the New Zealand Under 20s side.

The youngster has been tipped as one of the best scrummagers in his age group in New Zealand.

The young prop impressed for Waikato in the 2016 Mitre 10 Cup season and will be looking to make a name for himself in his debut Super Rugby season in 2017.

Kautai made his Super Rugby debut against the Stormers in Cape Town and made another 3 appearances for the Chiefs, before he signed a two-year extension with the Chiefs.