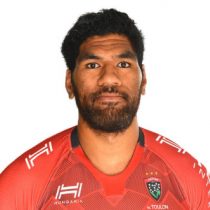 Alainu’uese is a hugely promising lock out of the University club. He has been a member of Chiefs and Waikato age group sides, and went to the IRB Junior World Championship in France with Samoa Under 20s.

2013 was his first season in the Waikato ITM Cup squad.

Alainu’uese went on to play six times and scored three tries in his first season for Waikato. His performances earned him a call-up to the Samoan under-20s due to his island heritage, where he played five times and scored one try before signing for Pro12 outfit, Glasgow in October 2016.

The lock joined the Warriors from New Zealand Mitre Cup side Waikato on a short-term deal.

The New Zealand-born second-row is a product of Wesley College in Auckland and signed a new two-year contract to remain at Glasgow Warriors until at least May 2019.

He made 23 appearances for the Sixways side before signing a one-year deal with Toulon with an option of a second in October 2018.

By January 2019 he had made 40 appearances for the French side and had scored 10 points.

In February 2021, Alainu'uese signed a new two-year deal with Toulon until 2023.