Queensland Reds have finalised their 2019 squad after signing prop Feao Fotuaika and utility back Jack Hardy.

Fotuaika has put pen to paper through 2019, while Hardy will be at Ballymore through 2020 after both successfully trialled with the Reds during pre-season training and were awarded with Queensland contracts.

Reds head coach Brad Thorn said: “Feao and Jack have been rewarded for their hard work. They’ve really impressed us over the past month. They’re good additions to our squad and provide good depth in both the frontrow and in the backline.”

Fotuaika is a product of the Queensland pathway having represented both his state and country at Schoolboys level, as well playing in the National Rugby Championship (NRC) for the past four seasons with McInnes Wilson Lawyers Brisbane City.

Hardy has come to Ballymore from Perth where he was a part of the Future Force program and has played U19s and Schoolboys with Western Australia.

The signings of both Hardy and Fotuaika confirm a 37 player squad for next year’s Super Rugby season. 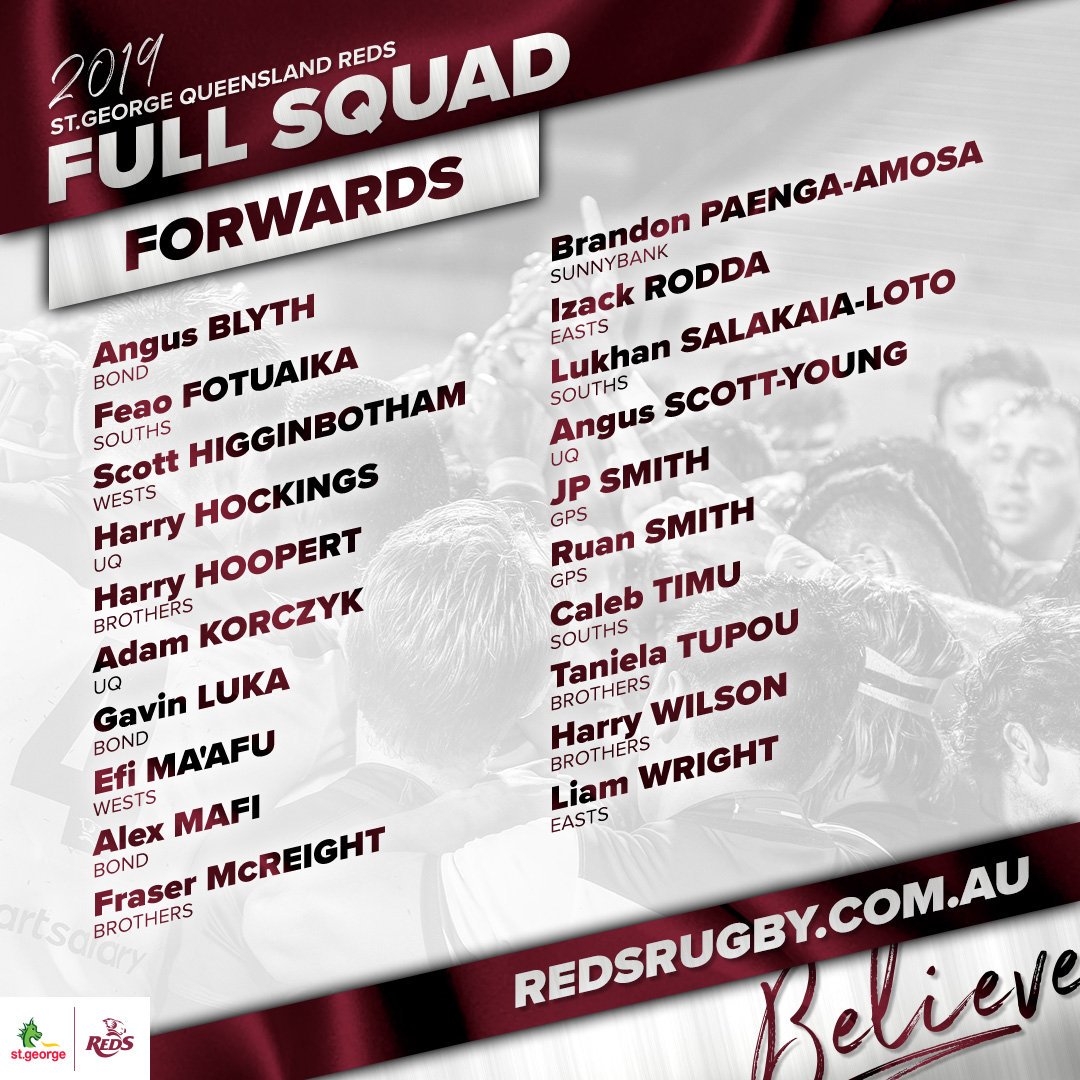 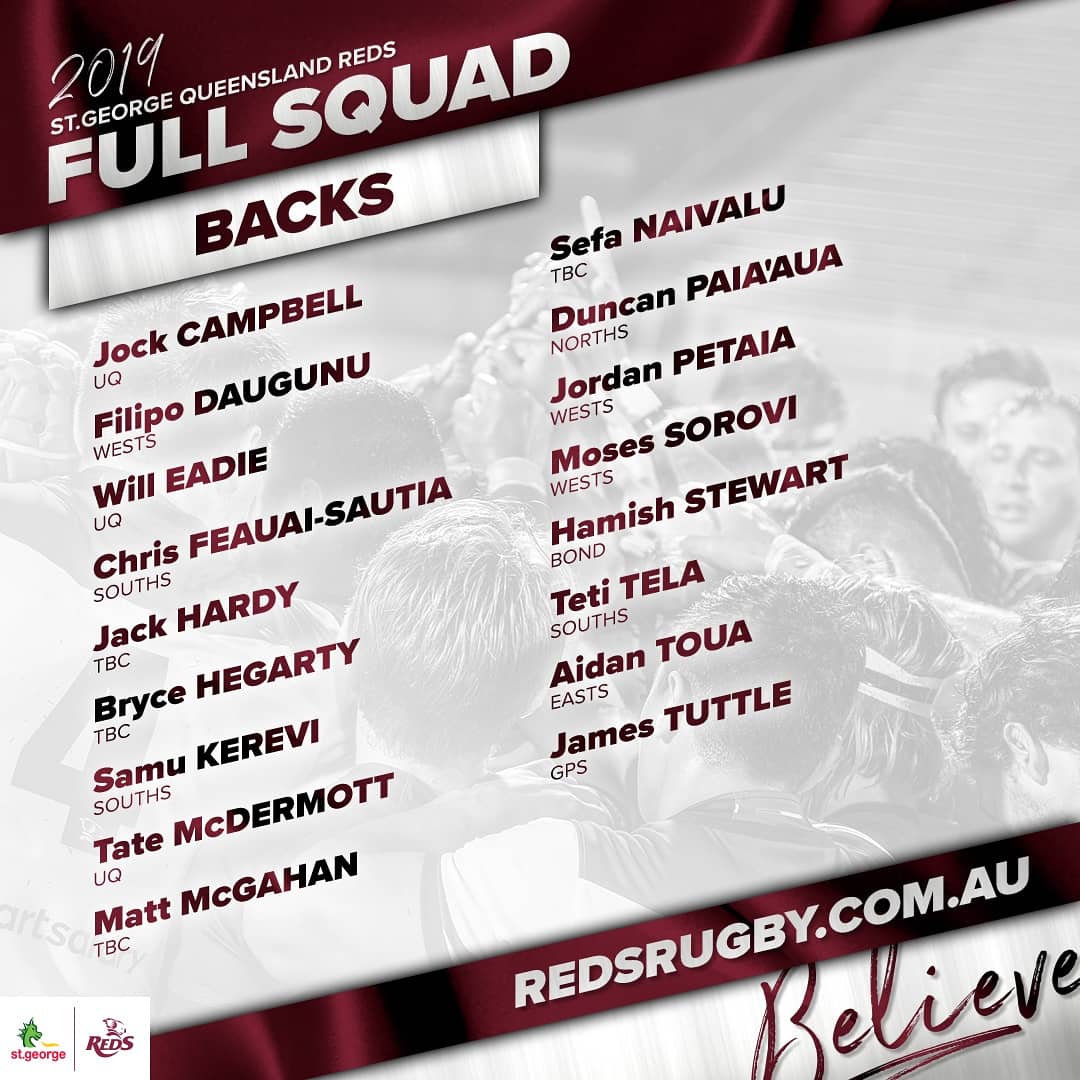