Blues set up clash with Highlanders in Super Rugby Trans-Tasman final
The Crusaders fell short in their bid to reach the Trans-Tasman showpiece match, which will be contested by the Blues and Highlanders.

Hoskins Sotutu powered the Blues through to the Super Rugby Trans-Tasman final as they beat the Western Force 31-21 on Saturday, denying the Crusaders a shot at silverware.

Two tries from Sotutu and one each for Dalton Papalii and Mark Telea helped the Blues carve out a 28-0 interval lead, with Telea denied another try in the second half after the TMO identified an infringement by team-mate Ray Niuia, who was yellow-carded.

By that stage, a Western Force fightback was under way, tries from Feleti Kaitu'u and Tevita Kuridrani having narrowed the deficit, and Rob Kearney went over in the closing stages to cut the deficit to 10 points.

However, the Blues, helped by 11 points from the boot of Otere Black, were not to be caught and they will face the Highlanders at Eden Park in the final next Saturday.

Sotutu had darted in down the left for the opening try, and Telea struck just before the half-hour mark after the Blues withstood a period of Force pressure, with Papalii going over for the third. 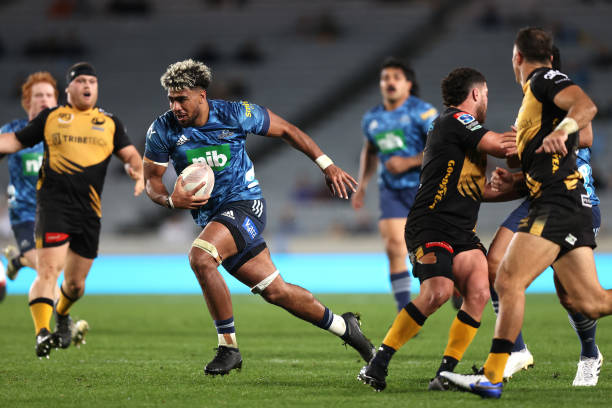 Sotutu barged through again just before the break, as the Blues piled on the points.

Kaitu'u made the first dent in the Blues' big lead in the 49th minute, going over from close range, and Kuridrani brought the contest to life when he scythed in for a second Force try just seven minutes later. A penalty from Black eased the Blues' nerves, meaning Kearney's late effort was just a consolation.

That result meant the Crusaders missed out on the final, with the Super Rugby champions each year from 2017 to 2019 seeing trophy hopes scuppered despite beating the Rebels 52-26 in Melbourne earlier in the day.

Wing Sevu Reece pounced for a hat-trick in the eight-try Crusaders show, with Mitchell Drummond, Will Jordan, Leicester Fainga'anuku, Oliver Jager and Braydon Ennor also going over for the men from Christchurch, who finished third in the series. 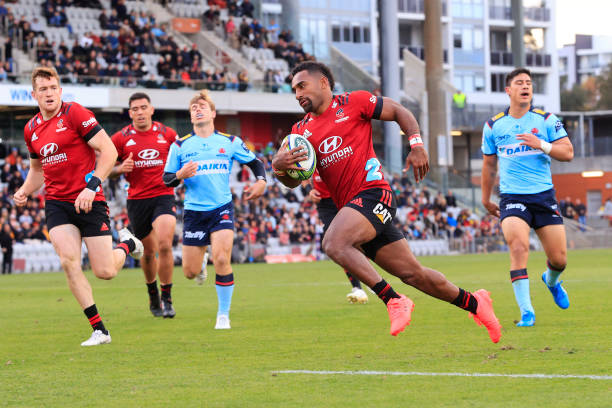 The top three sides finished level on 23 points from five games, with points difference settling the final places as the Blues took top spot with +119, the Highlanders second on +103, and the Crusaders (+97) agonisingly third.