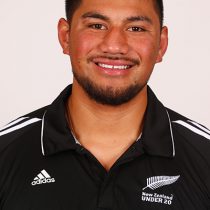 After captaining the Samoan U20s side in 2014 Henry Stowers went onto representing New Zealand at U20s level having played most of his youth rugby in Wellington.

He made his senior debut for Wellington in 2014 and stayed with side until the start of the 2016 campaign when he joined Bay of Plenty. Following his time at the Steamers, he joined the Western Force who played in the Global Rapid Rugby League and earned a call up from Samoa ahead of the 2019 Pacific Nations Cup

Samoa forwards coach, Ben Afeaki, said he would look to use Stowers at both 6 and 7 during the PNC.

Stowers joined the Western Force where he played in seven Super Rugby AU matches in 2020 before joining the Hunter Wildfires for the 2021 Shute Shield competition.

In April 2021, he signed a deal with the Brumbies as injury cover for Tom Cusack and James Tucker for the rest of the Super Rugby AU season.