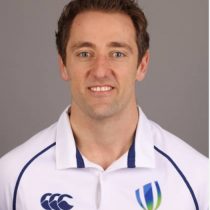 While working as a community rugby officer for Munster Rugby, Brace also played for Old Crescent. While turning out for Old Crescent, Brace was contacted by an agent to play for the Belgium national rugby union team. Brace qualified to represent Belgium through his father's family. He subsequently helped Belgium win the 2012 Emirates Cup of Nations. He also played for Belgium in the 2012–14 European Nations Cup First Division. However his international career ended after he suffered a run of injuries. Brace also played for the Belgium national rugby sevens team.

While still working as a community rugby officer for Munster Rugby, Brace attended a schools tournament and was asked to referee a match because they were short of an official. The match was between Abbey CBS and St Mary's Town School. He was encouraged to take up refereeing by John Lacey. Brace subsequently took charge of matches in both the British and Irish Cup and All-Ireland League. On 3 April 2015 he refereed the 2014–15 British and Irish Cup final between Worcester Warriors and Doncaster Knights. On 7 May 2016 he refereed the 2015–16 All-Ireland League final between Clontarf and Cork Constitution. On 6 September 2015 Brace made his Pro14 debut when he took charge of a 2015–16 match between Cardiff Blues and Zebre.

Brace refereed matches in the 2016 Six Nations Under 20s Championship and at the 2016 World Rugby Under 20 Championship, including the third place game between Argentina and South Africa.